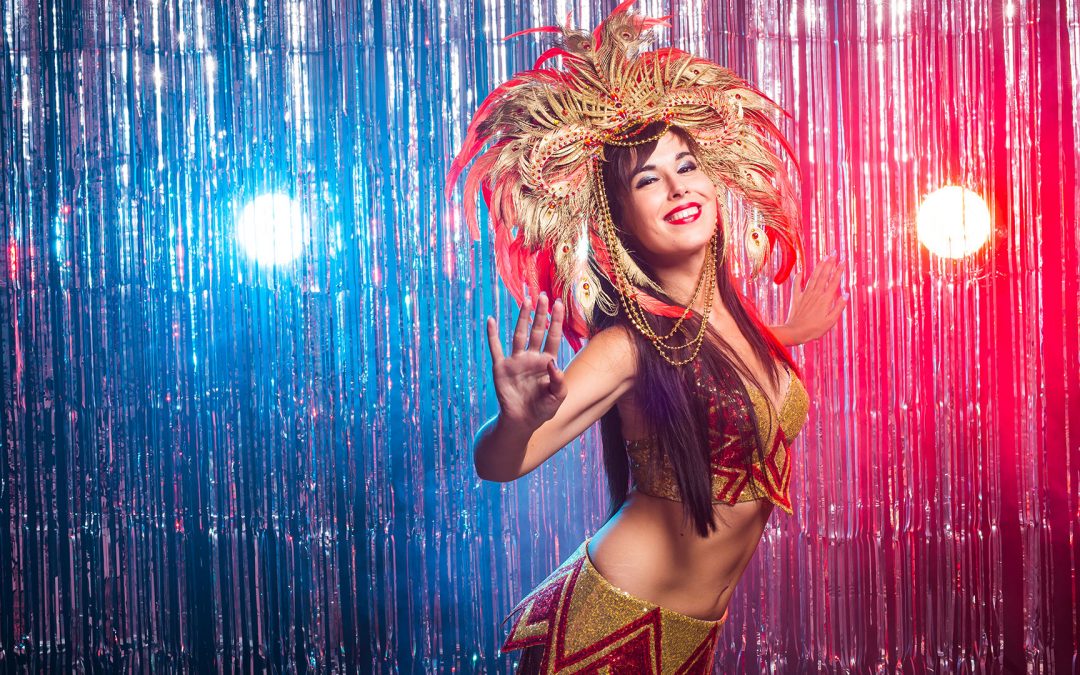 Back in the 1960s when the disco craze was a thing, go-go dancing is also a well-known dance form. The disco craze eventually died down, but not go go dancing.

Today, you can find many enthusiastic go-go dancers across the globe, including in Thailand.

With the increasing popularity of go-go dancing, it can be fascinating to look back at its history and understand when and where go go dancing originated and how it was done during the time.

What is Go-go Dancing?

Go-go dancing is an act of performing or dancing in places like nightclubs, casinos, and other similar venues where dancing is a major component of entertainment.

Go go dancing originated in the early 1960s at Whisky a Gogo, a French bar located in Juan-les-Pins, in Southeastern France. This small seaside town is located near Cannes which is one of the first places in the world to popularize playing music records selected by a disc jockey. This provided the spectacle of paid dancers which was locally known as go-go girls.

Moreover, the name of this bar was taken from Whisky Galore!, a French title of a Scottish comedy. It was later licensed to the popular Los Angeles-based rock club called Whisky a Go Go which opened in 1964.

It was during this time when clubgoers usually wear miniskirts and knee-high heeled boots which eventually became known as go-go boots. Club promoters then took advantage of this popularity. And this is when the idea of hiring women dressed in miniskirts and high-heeled boots to entertain crowds was conceived.

The term go go derives from the phrase “go-go-go” which is synonymous with a high-energy person. This word was also partly influenced by the French expression à gogo, which means “in abundance” or galore. Abundance and galore are words that were derived from the ancient French word “la gogue” which stands for joy or happiness.

Go Go Dance in the 1960s Across the World

On June 19, 1964, female dancer Carol Doda, after just having a breast implant, began go-go dancing topless at the Condor Club on Broadway. Shortly after, she became the world’s most famous go-go dancer or more specifically, go-go girl. Her career at the Condor lasted for 22 years. During her career, she also danced in other venues such as in Columbus in North Beach, San Francisco.

From the time Carol Doda first showed her dancing prowess at the Condor Club, the Whisky a Go Go on the Sunset Strip in West Hollywood started hiring go-go dancers on a regular basis. They became the first go go club to install go go cages suspended on the ceiling where some of the featured go go dancers dance to entertain patrons. The cages were there from 1965, and thus the beginning of the profession of cage dancing.

In Saigon, South Vietnam, there were also many go go bars during the Vietnam War. The dancers there used to entertain U.S. Troops. In Vietnam, go-go dancer is synonymous to table dancer.

Go Go Dance in the 1970s and Later Years

In the 1970s during the Vietnam War, there were many go go club bars in Thailand and they continued but on a much smaller scale after the war ended. By the early 1980s, the country became a leading center for sex industry and the industry of go go dancers has become their popular tourist attraction for males. Many of these go go club establishments were located in Soi Cowboy and Patpong streets in Bangkok, Thailand.

Back in the US, not very many nightclubs hired go go dancers in the 1970s. However, in the late 1970s, a go go club at 128 West 45th Street in Manhattan called G.G. Barnum’s Room started popularizing having male go-go dancers on trapezes above a net on top of the dance floor. This became famous among their patrons.

In 1978, a night club in Manhattan called Xenon, became the first to have go-go boxes for go go dancers to dance on. This got even more people interested in this form of entertainment.

In the early 1980s, this type of dancing was making its way to New York City’s night scene, as inspired by the music of Madonna. In her MTV music videos, Madonna included go-go dancers which fueled the already popular craze. By the late 1980s, it has become a common sighting in many nightclubs throughout the Western World and Asia.

In today’s culture, go go dancing found its way into mass media. A Danish band called Horrorpops is known for featuring go-go dancers in their music videos and live performances. They even have a music video titled Horrorbeach which was dedicated entirely to go go dancers.

From January 1965 to August 1966, there was a musical variety series on NBC that featured Hullabaloo dancers which is a team of six women and four men. They popularize the go go dances on television. Moreover, model-actress Lada Edmund Jr. was known as the best go go dancer or go go girl in the Hullabaloo A-go-go segment during the closing sequence of the show.

There were other TV shows that feature go go dances such as ABC’s Shindig which featured go go dancers in clear plastic cages with lights.

There are other dance TV shows or American shows where you can see go go dancers performing. This includes Shivaree where the dancers perform behind a live band.

All these TV shows that feature go go dancers have their particular method of highlighting the dancers on stage. And many TV shows follow. In fact, in the Philippines, there are popular groups such as Hotbabes and SexBomb Girls who frequent dance TV shows.

Many go go clubs that are frequented by gay patrons have male go go dancers often called go go boys. Go go boys in gay clubs are especially popular from 1965 to 1968. After that time, their popularity slowed down a bit, until 1988 when go go dancers became popular again at gay clubs.

Nowadays, male go-go dancers are more common and popular in American culture especially in major cities such as New York and Los Angeles. In today’s club scene, you can find more male go-go dancers than female go go dancers. This is a big turnaround from the 1960s.

Go go dancers are highly trained and are employed to entertain at different venues. Those dancers who also entertain crowds at special parties, festivals and special occasions are called performance art dancers. Their costumes are often bright and very colorful. The dancers also typically wear different types of accessories such as light chasers, glow sticks, toy ray guns and lights strung inside their go go shorts.

In the 1980s, a performance art dancer named John Sex was popular for dancing with a python. This paved the way in making go go dancing popular once again especially at bisexual and gay night clubs.

Over the years, we’ve seen how go-go dancing as a form of dance or entertainment greatly flourished. From the first time go go dancers began entertaining patrons at the Whisky a Gogo in the 1960s, it has spread its influence across the globe including in Thailand, the Philippines, Japan and Vietnam.

Knowing the rich history of this dance, we can simply appreciate the influences it has brought to thousands of crowds.