Do or Die: Solo exhibition opening by Headache Stencil 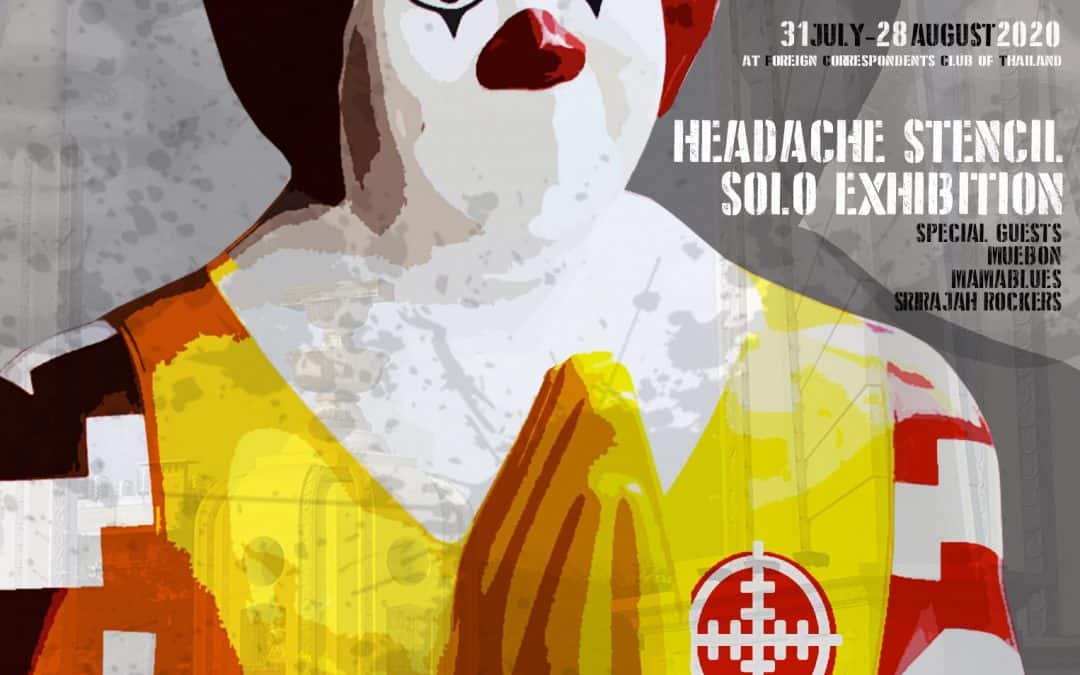 Headache Stencil is one Thailand’s most gifted artists in his generation. I had the chance to get to know his work and to arrange his first non-party-politics exhibition in Patpong in 2019.
When I received the call to curate his current show at the FCCT I was honored and at the same time worried. Curating such a show in the current climate seems to be like curating over a divide, whereas I am convinced that what this society needs so much is to bridge the divide, and to narrow the gap.
Conversation, not necessarily compromise for the sake of compromise, but respect for oneself and respect for the other opinion, heart and mindset is what will foster actual progress today and in the future to come.
Now how to curate a show without becoming the censor? One of the prime purpose of art is to question the status, to irritate the routine, to make us think about the given. It is not to insult, disrespect or belittle what may be sacred, beloved and revered to someone else. This is the direction we followed and I am certain that the results proof themselves to be relevant today and for the future.
In Thailand we very often learn more if we pay attention to what has actually not been said, not been shown, not been written and not been painted, then to look at the obvious right in front of us. In this cultural context Headache Stencils’ talent shines even brighter, how he manages to address some of the great challenges of this time in his paintings in an often dark humor.
He has worked hard to make the point without offending through slander and the unacceptable, I wish that those with different views and visions for this society to acknowledge that and to adapt, possibly to participate actively in a civilised manner of exchange and conversation.
Michael Messner

You can find a link to the event below.