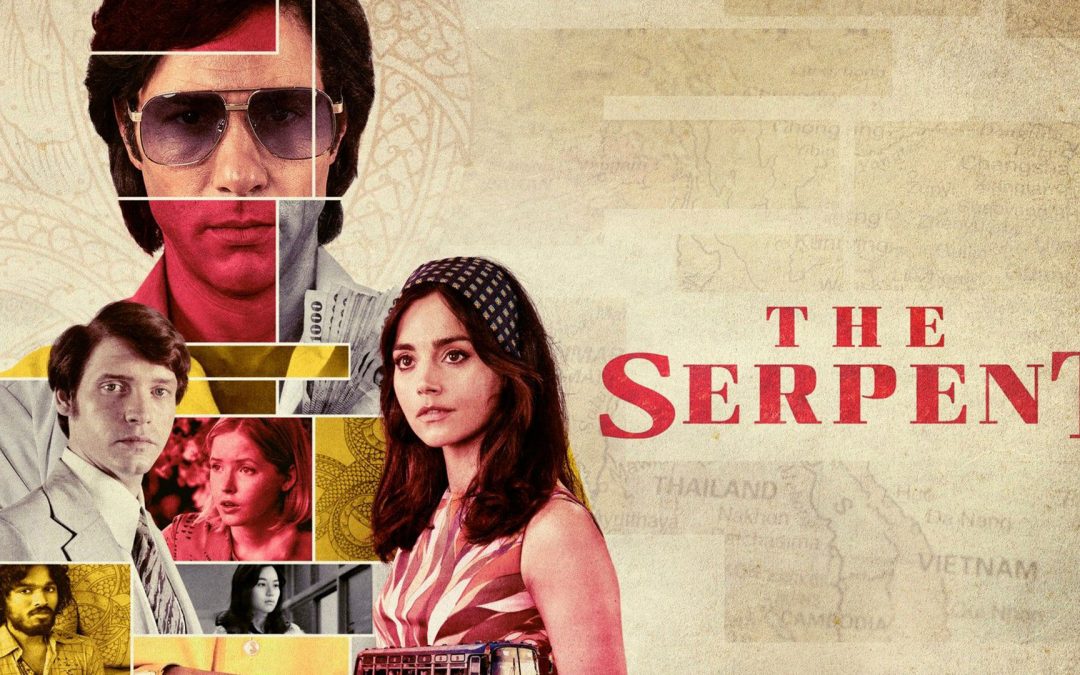 The Serpent which was produced by Mammoth Screen is one of the most popular true-crime drama series on Netflix. Set in 1970s Bangkok, the series revolves around the life of Charles Sobhraj, a thief, conman and murderer who has victimized and exploited backpackers and tourists traveling Asia’s hippie trail. He is considered hidden darkness during the time.

The Netflix series may seem like fiction, but there are truths to it. Many of the characters and scenarios in the film were inspired by real-life events.

Before you start binge-watching an entire season of this TV series, we’ve prepared a short summary of what The Serpent is about.

In the 1970s, there was a popular book called “Serpentine” which is a must-read for backpackers embarking on trips to the hippie trail in Southeast Asia. This book was supposed to be a cautionary tale of Charles Sobhraj and his girlfriend Marie-Andrée Leclerc, also known as Monique.

Although the theme of The Serpent is very similar to Serpentine, the producer of this true-crime drama did not base it on the book. Instead, they based it on many interviews recounting the real life story of a serial killer also known as “the bikini killer.”

The reason why the producers didn’t use Serpentine as their main inspiration in creating the series about Charles Sobhraj is that the man tried to sell the rights to his story for up to 15 million dollars. To avoid paying this hefty price, the producers instead based the story on factual information and independent interviews which are not copyrightable.

The series was shot on location in Thailand. However, the COVID-19 pandemic halted production for five months starting in March 2020. The entire production was handled by Mammoth Screen.

This episode was written by Richard Warlow and directed by Tom Shankland. In the opening scene, you can see the main antagonist in an interview. He is being asked if he really committed the murders. While showing a light smirk on his face, he confidently said no.

The story flow then moves to November 1975 in Bangkok, Thailand. Charles was at Kanit House where he ended up helping Marie-Andrée Leclerc deal with a man who is in a bad state.

The two main characters enjoy identity fraud, using fake passports and negotiating business deals and selling gems in different cities. They introduce each other as Alain and Monique.

In much later scenes, Charles and Marie (Jenna Coleman) try to befriend a young couple, Willem Blown (Wim) and Helena Dekker (Lena). Months earlier, the couple enjoyed their backpacking adventure and they were headed for Bangkok. Upon arrival, Ajay Chowdhury (who works for Charles) picked them up to show their hospitality.

Episode 1 then goes to show Lawana talks to Herman Knippenberg about Mr. Hilgers who requested help in locating his sister-in-law Lena and partner Wim.

Herman Knippenberg, a Dutch diplomat based in Bangkok investigates the disappearance of the young couple. The Dutch tourists were last seen alive at the Bangkok apartment of gem dealer Charles Sobhraj.

The second episode of this eight-part drama shows us how Charles manipulated people to follow him, including Marie-Andrée, the person who loves him.

Marie-Andrée leaves her life behind and follows him. However, it was with a chilling cost.

Moreover, in this episode, Herman Knippenberg vows to investigate the disappearance of the Dutch couple, Willem Bloem and his fiancée Helena Dekker. He was up against many odds. There are politics at play as well.

This episode focuses on the young Frenchman Dominique Renelleau, his near-death experiences and his tense and lucky escape from Charles. It shows how Dominique went from a healthy man to being extremely sick.

Before getting sick, Dominique enjoys the company of Charles but he ended up being really sick. Charles asked Marie to give Dominique some medicine to make him feel better.

Eventually, Dominique discovers that the monkey Coco dies after accidentally drinking his medicine. This was the start of his suspicion.

When Dominique decided to leave, he sees his passport with a photo of Charles inside it.

Later on, Charles and Marie go on a holiday with Ajay. This is the opportunity that changed the life of Dominique for the better.

Nadine Gires and Remi (Charles’ neighbors) help Dominique get out of Charles’ apartment and eventually fly back to his home country.

The main antagonist embarks on a terrifying trail of destruction in Nepal. The beginning scenes show a young boy who sees burned bodies in the mountains.

Herman and his wife Angela instruct Nadine and Remi to leave, but Nadine doesn’t want to. She feels like she needs to stay for the victims.

On a different note, Charles takes Marie-Andrée and Ajay for a vacation to Nepal. There he loses a lot of money in poker. This causes Marie-Andrée to have a panic attack. She tells Charles she doesn’t want to be an accomplice anymore.

Back in Bangkok, Nadine is playing a super agent. Nadine helps Herman gather evidence for the Dutch couple murder investigation and to uncover Charles’s crimes.

Nadine is able to take photos as evidence which greatly helps in the investigation.

The raid at Kanit House which is is Charles Sobhraj’s terrifying lair happened in episode 5.

Herman is able to gather substantial evidence to put pressure on the Thai Police to prosecute Charles and his accomplices. Unfortunately, the suspects are always one step ahead.

Episode 6 gives context to Charles Sobhraj’s real-life story. In this episode, we can see him marrying a woman in France in 1969. It also reveals that he did not have the best relationship with his mother which influences his present character. He is also not at home in France.

As you go deeper into episode 6, you will also learn more about the first marriage of Charles and what pushes him into the monster he became.

It’s worth mentioning that of the eight episodes of The Serpent, Episode 5 and 6 were the only ones not written by Richard Warlow as they were written by Toby Finlay.

Paris, 1976 – Charles and Marie want to start their new life, this time, without Ajay. Herman warns the French authorities about him; However, they cannot help due to different jurisdictions.

The episode then moves back to Bangkok where Nadine and Remi’s testimony find some complications because of the fact the two also helped Dominique forge a passport to escape. It also shows how international crimes are very difficult to solve. It’s a reptilian menace.

Meanwhile, Charles visits and makes amends with his ex-wife. On the other hand, Marie-Andrée returns to visit Charles’s mother alone to get some answers.

This episode also sees Herman Knippenberg taking a great risk which later on turns the tide of the story. He asks to speak to the editor of The Bangkok Post, and shares with him how the account of Charles’s crimes were wrong in the newspaper. The Thai Interpol takes interest.

After Herman provides substantial evidence, Interpol issues an international arrest warrant. The net begins to close in on the gem dealer and his accomplice.

It’s already clear in the penultimate chapter where the story is heading. It’s fascinating to see how Tahar Rahim and Jenna Coleman acted the last scenes of the series.

At this point, Herman’s pursuit and investigations have led to a global effort. Herman realises how different authorities handle information.

While the final chapter is seemingly going to a good end, the relationship between Herman and his wife is not. Angela wanted them to leave the city but he wants to stay behind in case he is needed. There is a painful cost to Herman’s obsession to catch the murderer. While this is already the final season, his pursuit of Charles Sobhraj stretches long into the future.

The Serpent is worth watching if you are fond of watching true-crime series. The whole series shows an exhausting cat-and-mouse game. Charles really earned the name “the serpent” because of his slippery and slithery ways.

Tahar Rahim, Jenna Coleman and Billy Howle did great in acting their parts, capturing the viewers’ attention with their great acting skills. The cinematography is overall great as it captures the chaos of Asia during the time.

While the back and forth in time can be annoying, The Serpent is super-thrilling to watch.